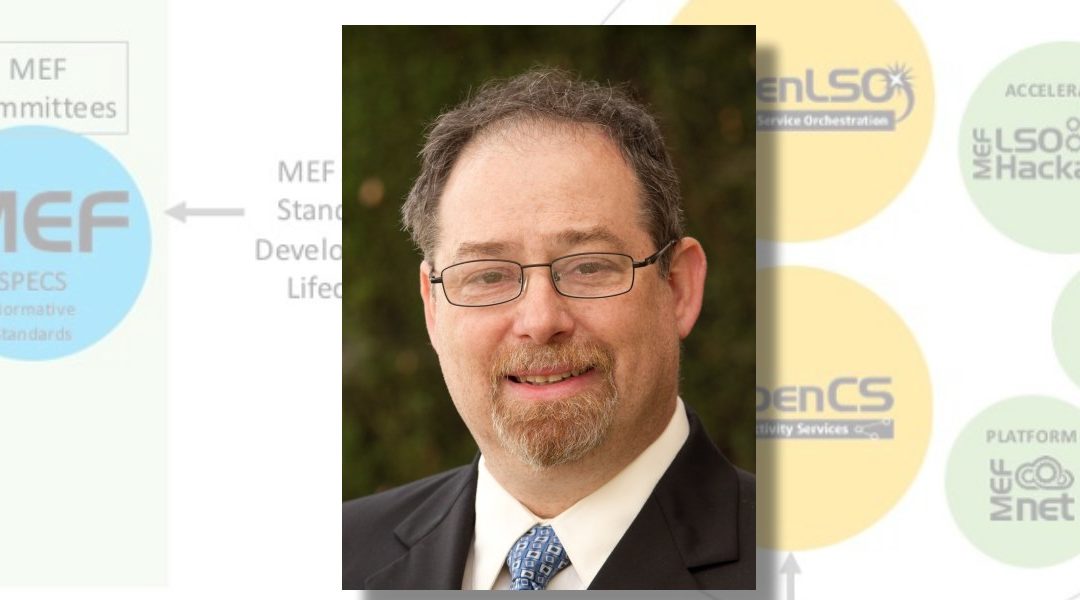 Open standards and open source projects are both essential ingredients for advancing the cause of interoperable next-generation carrier networks.

When a standards developing organization (SDO), like MEF, creates standards, those written documents themselves aren’t the end goal. Sure, the specifications look good on paper, but it takes a lot of work to turn those words and diagrams into hardware, software and services. And if there are any ambiguities in those specifications, or misinterpretations by vendors building out their products and services, interoperability could be problematic at best.

By contrast, when an open-source project is formed, the team’s job is obvious: to create software and solutions. All too often, the members of the project are focused on reaching a particularly objective. In those cases they are working in a vacuum, and might write code that works great but which can’t be abstracted to solve a more general problem. In those cases, interoperability may also be a huge issue.

The answer is clear: bring together SDOs and open-source teams to write open-source code that’s aligned with open specifications. That’s what is happening at the LSO (Lifecycle Service Orchestration) Hackathons hosted by MEF: open source teams come together to work on evolving specifications, and the end result is not only solid code but also effective feedback to MEF about its specs and architecture. Another benefit: networking experts from across the communications industry work together with software developers from the IT world face-to-face, fostering mutual understanding of the constraints of their peers in ways that lead to more effective interaction in their day jobs. “The Euro16 LSO Hackathon built on what we started in the first Hackathon at GEN15,” said Daniel Bar-Lev, Director of Certification and Strategic Programs, MEF and one of the architects of the LSO Hackathon series.

One big change: not everything had to be physically present in Rome, which expanded both the technology platform and the pool of participants. “We enabled work to be done remotely, said Bar-Lev. “While most of our participants were in Rome, we had people engaged from all over the United States. We also didn’t need to bring the networking equipment to Rome. Most of it remained installed and configured in the San Francisco Bay area. Instead of shipping racks of equipment, we set up remote access and were able to position the hardware and software in the optimal places to get development done.”

Why “Lifecycle Service Orchestration” for the MEF-hosted LSO Hackathons? Bar-Lev explained that it ties into MEF’s broad vision for Third Network services that combine the ubiquity and flexibility of the public Internet with the quality and assurance of private connectivity services such as CE 2.0.

“When we think of traditional CE 2.0 services, we tend to think of them as “static” — often taking weeks or months to provision or change a service,” said Bar-Lev. “With the Third Network vision, we are driving specifications for services like CE 2.0 that can be created and modified in minutes instead of months and also be orchestrated over multiple provider networks.”

As Bar-Lev explained, the real work of MEF today is to formally define Third Network services and all the related services required to implement flexible inter-network communications. “End-to-end LSO is essential for that,” he continued, “along with SDN and NFV.”

That’s where open standards and open source projects converge, with MEF initiatives like OpenLSO (Open Lifecycle Service Orchestration) and OpenCS (Open Connectivity Services). “It’s all about creating and trying out building blocks, so we can give service providers reference designs from which they can develop their offerings more quickly. They don’t have to define those services themselves from scratch; rather they can access them at MEF, which gives them a valuable and time-saving starting point,” Bar-Lev said.

Indeed, the OpenLSO and OpenCS projects describe a wide range of L1-L7 services that service providers need in order to implement Third Network services. MEF is defining these services, and developers work on evolving elements of the reference designs during LSO Hackathons.

A Broad Array of Projects and Participants at Euro16 LSO Hackathon

• Accelerate the development of comprehensive OpenLSO scenarios and OpenCS use cases as part of MEF’s Open Initiative for the benefit of the open source communities and the industry as a whole.

• Facilitate discussion, collaboration, and the development of ideas, sample code, and solutions that can be used for the benefit of service providers and technology providers.

Around 45 people participated in the Euro16 LSO Hackathon – the majority in Rome and the remainder being the AT&T Remote Team in Plano, Texas as well as other participants attending remotely from other parts of the United States.

“We brought people together with widely divergent backgrounds,” said MEF’s Bar-Lev. “We had software developers with no networking expertise, and network experts with no software skills. The core group worked in the same room in Rome for three days, with additional folks working independently and syncing up with the Rome teams when appropriate.”

“What is most important about the LSO Hackathon is that it takes the specifications that are being defined and transforms them into code”, said Eckel. “It moves that process forward dramatically. The way standards have traditionally been done is a very long process in which people spend months and sometimes years getting the details of documents figured out, and then it can turn out that the specification is almost non-implementable. With the LSO Hackathon we create code based on early versions of the specifications. This helps the process move forward because we identify what’s wrong, what’s missing, and what’s unclear, then we update the specs accordingly. This is an important reason for doing the LSO Hackathon.”

Eckels continued, “Equally important is the positive impact on the participating open source projects and open source communities. Usability issues and gaps in functionality are identified and addressed. The code implemented during the Hackathon is contributed back upstream, making those projects better suited to address the requirements mapped out by the specifications.”

Dawn Kaplan, Solution Architect, Ericsson, added: “The Euro16 LSO Hackathon aimed to solve a very crucial inter-carrier business problem that will change our industry when solved. The ordering project in the LSO Hackathon is focused on implementing the inter-carrier ordering process between service providers. At the Hackathon we built upon the defined use case, information model, and a sample API to enable service providers to order from one another in a completely automated fashion. With the code and practices developed at the Euro16 LSO Hackathon we will come much closer to tackling this very real issue.”

“We are a new participant in the LSO Hackathon,” explained Shay Naeh, Solution Architect for NFV/SDN Projects at GigaSpaces. “Through the Euro16 LSO Hackathon, we learned how to combine closed source with open source code solutions to make the whole ecosystem work. Open source is very important to the telcos. By having a close relationship with open source communities, the telcos influence those projects to take into account their operational requirements while reducing the chances of being locked into relationships with specific technology providers. You can mix and match vendor components and avoid having a vertical or silo solution. What is very important to telcos is to introduce new business services with a click of a button and this is definitely achievable.”

MEF has published a new report spotlighting recent advances in development of LSO capabilities and APIs that are key to enabling agile, assured, and orchestrated Third Network services over multiple provider networks. The report describes objectives, achievements, and recommendations from multiple teams of professionals who participated in the Euro16 LSO Hackathon.

The next MEF LSO Hackathon will be at upcoming MEF16 global networking conference, in Baltimore, November 7-10, 2016. The work will support Third Network service projects that are built upon key OpenLSO scenarios and OpenCS use cases.

“We will have different teams working on Third Network services,” said MEF’s Bar-Lev. The work will accelerate the delivery of descriptions of how to create Third network services, such as Layer 2 and Layer 3 services. Participants will get hands-on experience and involvement in identifying the different pieces of technology needed to develop those projects.” 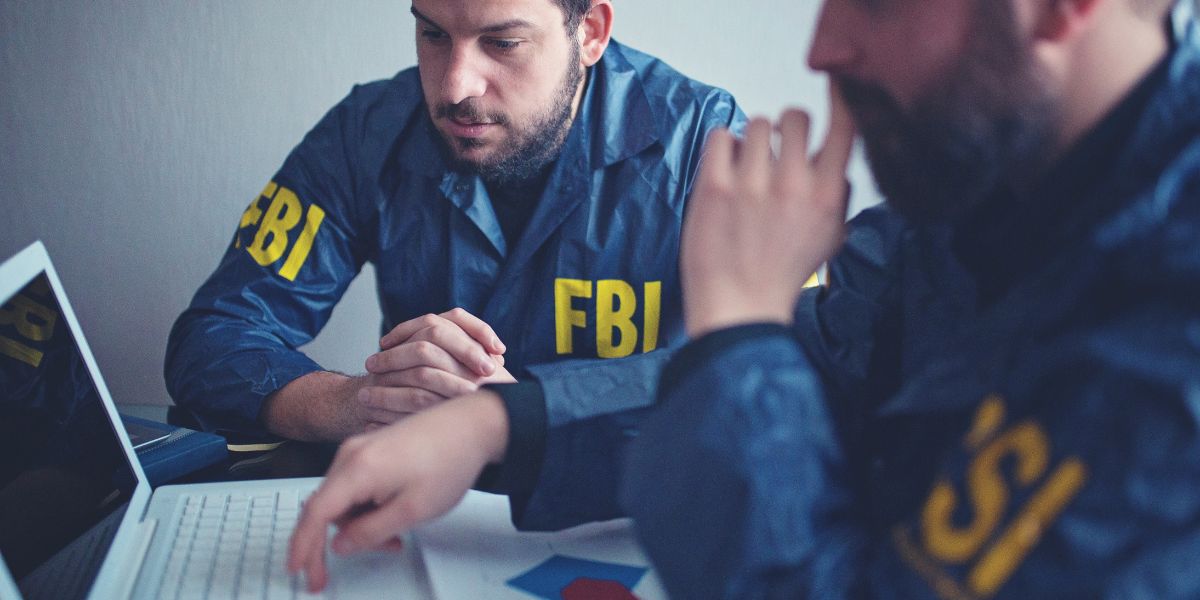 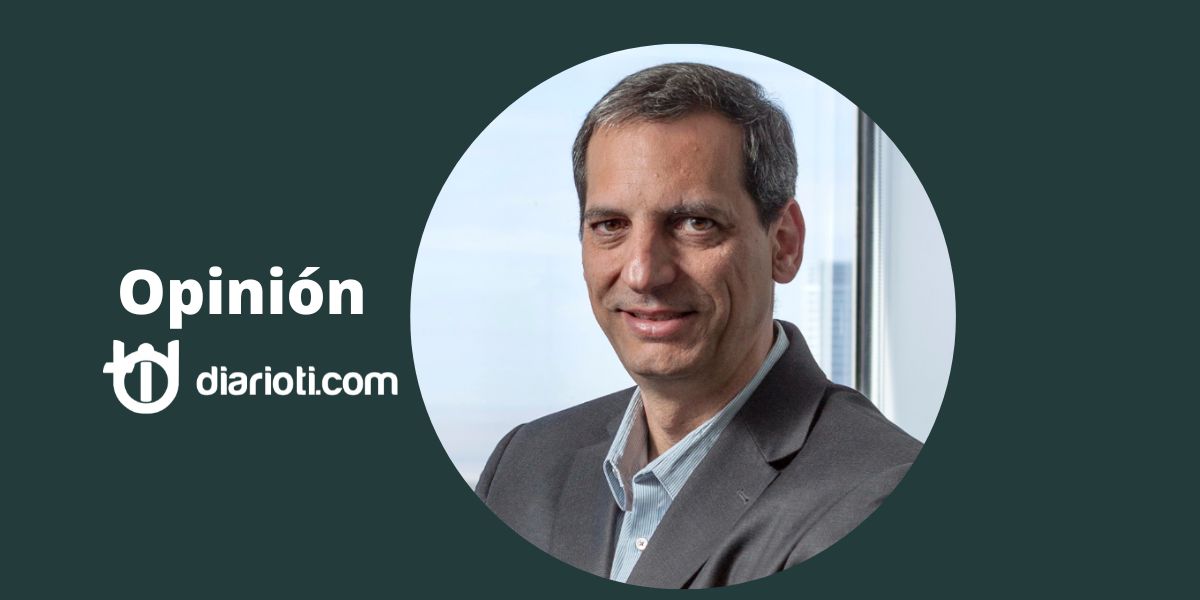 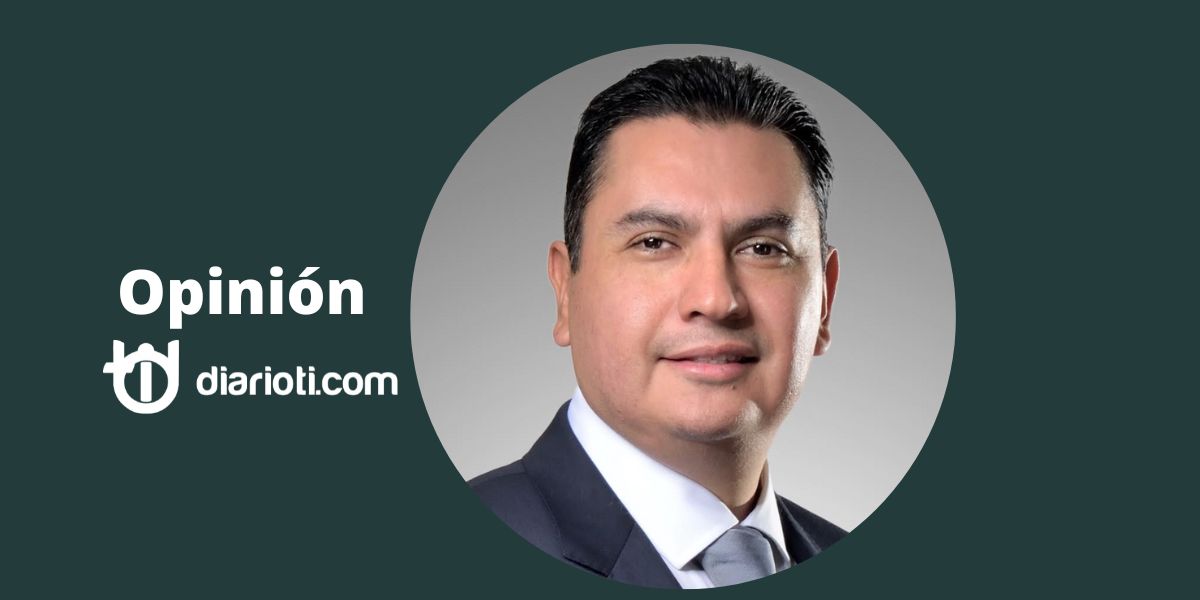 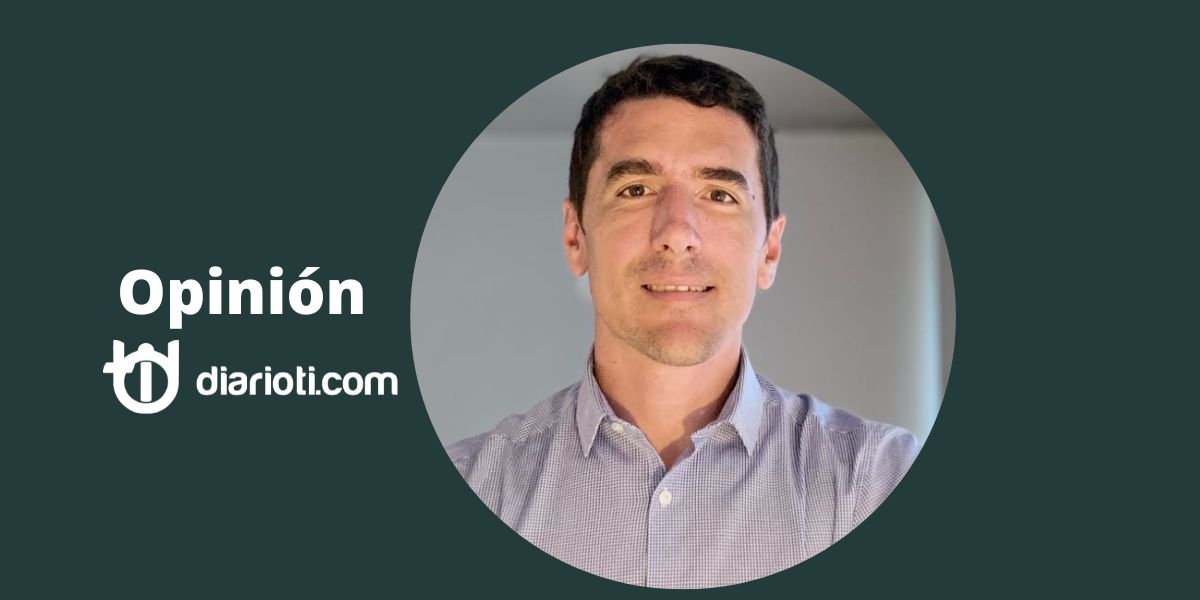 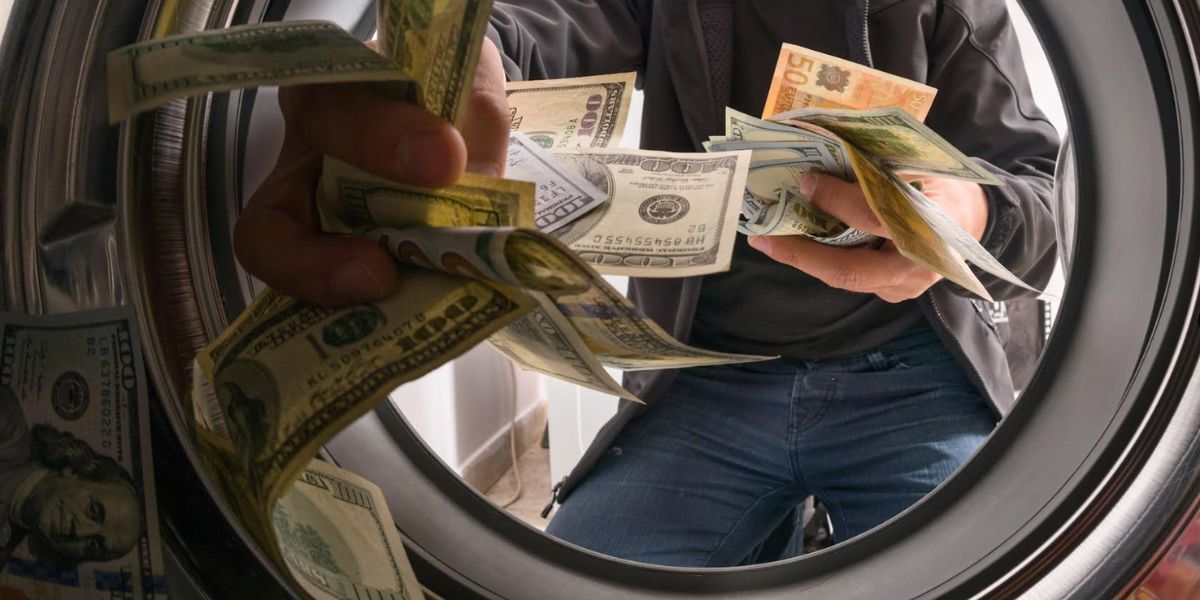 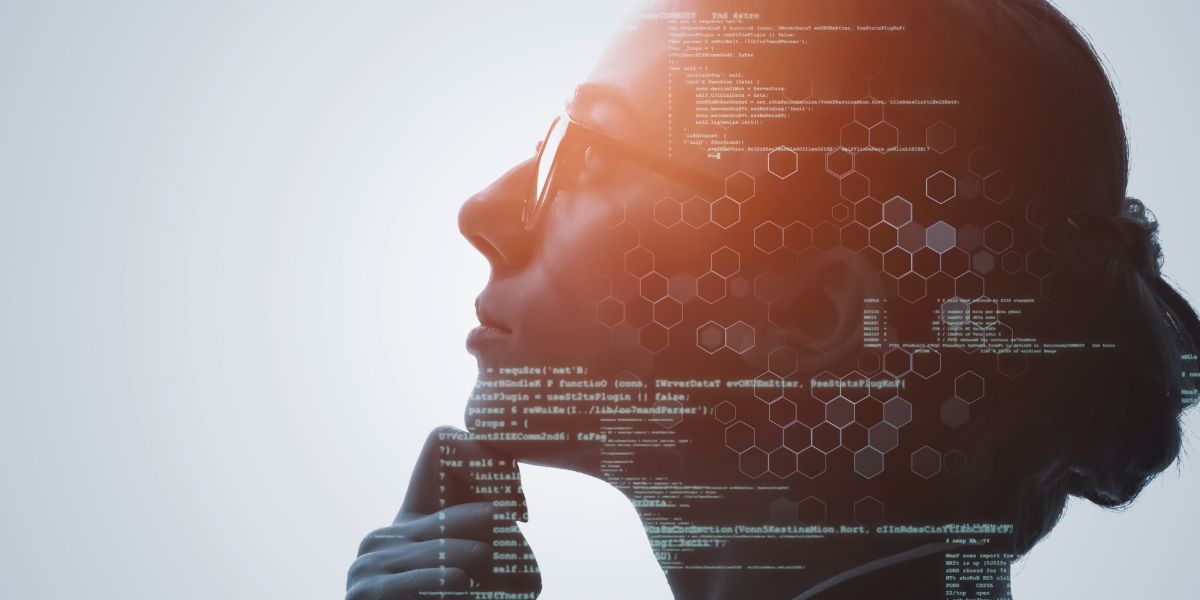