Greg Fitzgerald, Chief Operating Officer, Javelin Networks: “Exclusive Networks has earned its name as the disruptive distributor and they appreciate the problems enterprises face, in addition to the depth and differentiation Javelin’s cybersecurity solutions bring to the table,” said Greg Fitzgerald, COO for Javelin Networks. “We are proud to further our growth and visibility by working with Exclusive Networks.”

Javelin Networks was founded in 2014 by three intelligence experts from the Israeli Defense Forces. During their time in the military, they were taught to attack organizations through Windows Active Directory, which enabled them to compromise an entire organization undetected, indefinitely. The problem Javelin’s founders encountered was that the security industry is focused on defending endpoints, servers, applications, and the network individually without taking into consideration how they are joined to and authenticated with each other. When resources are managed in a Corporate Domain environment, the rules of security change. Individual device security is insufficient when the central heart of corporate IT management—the Active Directory—remains unprotected.

The core of Javelin’s technology is authentic resource deception derived from the organization’s Active Directory structure. It autonomously learns the organization’s Active Directory structure in its entirety (servers, endpoints, applications, users, branches, naming conventions, configurations, etc.) and applies Artificial Intelligence to create a dynamic, authentic and unlimited obfuscation of the environment. It then projects this information on the domain-connected assets in an agentless, undetectable fashion to the attacker. The moment an attacker attempts to move on an endpoint, an alert is triggered, IT personnel are notified, and automated mitigation, response and forensics are initiated.

Javelin AD|Protect defends the Active Directory while providing autonomous breach detection, containment, incident response, and threat hunting capabilities. It combines technologies such as Native Language Processing, obfuscation, and advanced forensics methodologies to stop the attacker at the point of breach. The platform will also show the defender and AD Admin the domain from the attackers’ perspective, allowing for immediate and autonomous risk mitigation to reduce the attack surface.

Javelin AD|Assess leverages unique algorithms to gather in-depth information about the configuration of the domain, privileged accounts, security settings, GPO, endpoints, domain controller, and Kerberos. Then, it will autonomously analyze every component of the Corporate Domain and Active Directory structure for Dark Corners and backdoors attackers may have left behind.

Javelin Networks receives innovation award
On September 28, 2017, Javelin Networks received the “Hot Start Up ­– Cybersecurity Award”. The jury explained: “We selected Javelin because of the root problem that they are solving. Most enterprises are still heavily dependent on Active Directory and once it’s compromised none of the other solutions could prevent further attacks. We are hopeful that Javelin could solve this root problem by their next-gen deception technology around Active Directory. It’s not complete but we believe their “innovative” approach has a great potential to evolve further.” The finalists were short-listed by the media judges and then required to give a short elevator pitch in ‘Shark Tank’ style at the NetEvents Global Press & Analyst Summit before an audience of technology leaders, press and analysts representing over 35+ countries around the world. The finalist judging panel included Silicon Valley VCs and business angels. 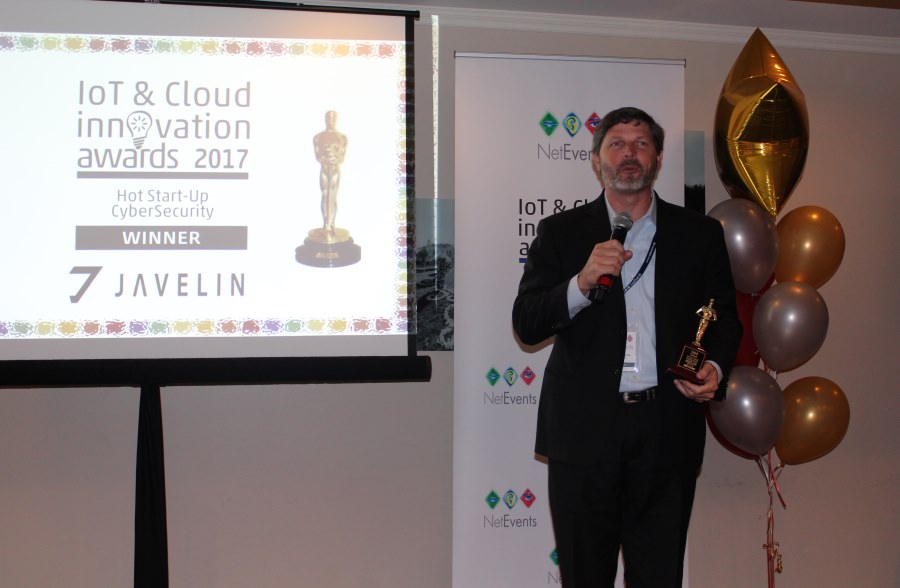 Researchers develop wearable ways to “be your own battery”

Looking for the Real Smarts in the Internet of Things? Hint: Start with the Network

The Open Organization: One year later